Color:Light Yellow fine Powder
Origin: Hesperidin is extracted from dried fruit of citrus aurantium and its derivates
Function: Diosmin is the semi-synthesis product of Hesperidin, which used in treating the chronic venous insufficiency and acute naevus .It is also a new potential anticancer API

Diosmin is a semisynthetic drug (modified hesperidin), a member of the flavonoid family. It is an oral phlebotropic drug used in the treatment of venous disease, i.e., chronic venous insufficiency (CVI) and hemorrhoidal disease (HD), in acute or chronic hemorrhoids, in place of rubber-band ligation, in combination with fiber supplement, or as an adjuvant therapy to hemorrhoidectomy, in order to reduce secondary bleeding. To control internal symptoms of hemorrhoids (piles), it is used with hesperidin.Clinical studies have been inconclusive and no review articles on its use in vascular disease have been published.

Diosmin is currently a prescription medication in some European countries, and is sold as a nutritional supplement in the United States and the rest of Europe.

Diosmin has been found to be effective in mitigating hyperglycemia in diabetic rats. It is also speculated that diosmin might have potential in the treatment of neurodegenerative diseases, such as alzheimer's disease, and its anti-inflammatory and anti-apoptotic activity has been demonstrated in neuronal cells, in vitro. 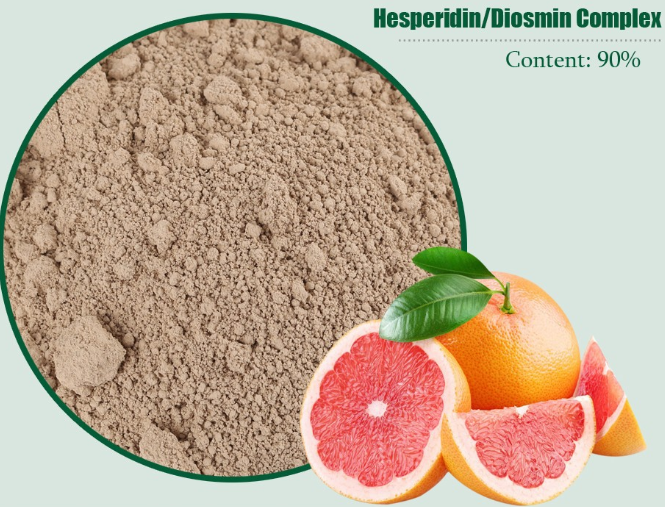