A potent modern version of an ancient Chinese secret, cordyceps is an intriguing substance that is gaining worldwide fame and recognition as an energy-enhancing, health-promoting tonic. Known as "the caterpillar mushroom" because it was traditionally harvested from a rare species of caterpillar found in remote mountainous regions of China, cordyceps is now produced through modern culturing techniques that have finally made its amazing nutritional benefits available to the western world.

Healthy Immune Support Balanced Inflammatory Response Healthy Vascular Function. A Dietary Supplement Vegetarian Formula Cordyceps sinensis is a species of fungus that has been widely used by traditional Chinese herbalists for its rejuvenative and adaptogenic properties for hundreds of years.Recent scientific research on Cordyceps has uncovered a broad range of biological actions, which are conferred primarily through its high polysaccharide content.; Cordyceps sinensis has been found to exhibit antioxidant properties, support a healthy immune system and balanced inflammatory response, as well as to promote healthy vascular function.Cordyceps is a 100% vegetarian product made especially for those seeking a traditional supplement for their dietary needs. 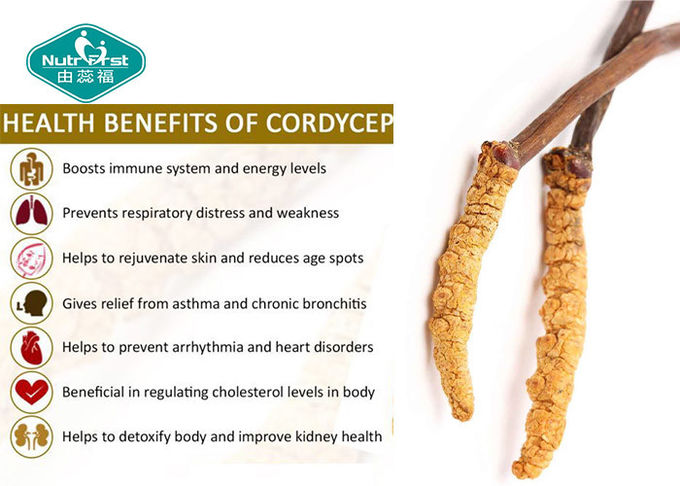 Origin Of Capsule: Vegetarian Or As Your Request

Shape: Oval,Oblong or as your request

Main Ingredients: Propolis or as your request

Main Ingredients: L-Lysine or as your request