Ginkgo Biloba Phytosome from Natural Factors helps enhance cognitive function, boosts memory, and helps support peripheral circulation in a standardized formula to guarantee high levels of key plant actives. Ginkgo biloba in European studies has shown to increase blood flow to the brain and extremities, helping to improve memory and mental sharpness. Ginkgo may be helpful for the early stages of Alzheimer's disease; circulation problems, especially intermittent claudication, and vertigo and tinnitus, if it is of vascular origin. 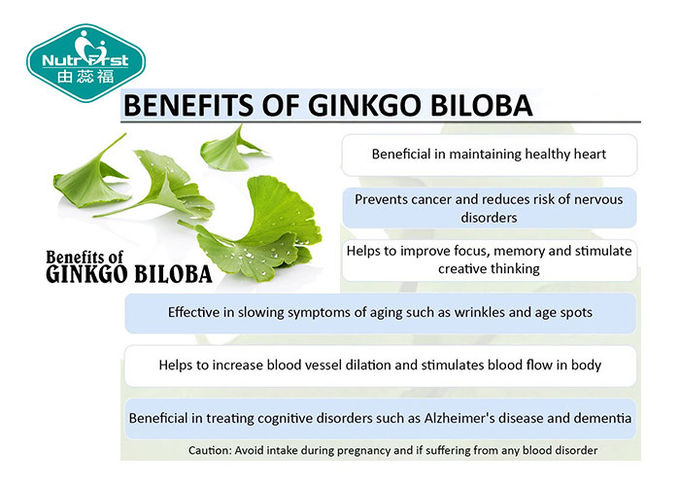 *Large quantity in stock with prompt shipment and good service

** Free radicals may contribute to the premature aging of cells. It also provides you with the supplemental nutrition you need.

Ginkgo biloba, commonly known as ginkgo or gingko, also known as the ginkgo tree or the maidenhair tree, is the only living species in the division Ginkgophyta, all others being extinct. It is found in fossils dating back 270 million years. Native to China, the tree is widely cultivated, and was cultivated early in human history. It has various uses in traditional medicine and as a source of food. The genus name Ginkgo is regarded as a misspelling of the Japanese gin kyo, "silver apricot".

Size: As Your Request

Origin of Capsule: Gelatin or Vegetarian